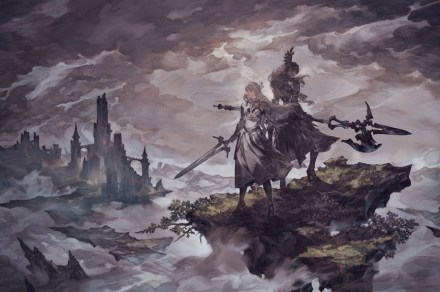 Publisher Square Enix and developer Soleil announced that Valkryie Elysium launches on September 29 for PlayStation 4 and PlayStation 5. The PC version will launch via Steam on November 11. A new trailer has also been released showing the game’s combat system and cinematics.

The game follows a young woman named Valkryie as she saves the world from Ragnarok — the end times. The All-Father, Odin, created her after he was injured by Fenrir and couldn’t move on his own anymore. Also, a mysterious young woman dressed in all-black armor and looking similar to Valkryie battles her on multiple occasions.

The game features a fully 3D-action battle system and utilizes the Soul chain system. With it, Valkryie can unleash combos of furious attacks at her enemies. As players continue their combo streaks, the Arts Gauge meter fills up and Valkryie can use Divine Arts, which are powerful special techniques. Additionally, it looks like Valkryie will gain some allies along the way as they can be seen in the trailer joining her in battle.

The digital deluxe version of Valkyrie Elysium costs $75 and $65 on PlayStation and PC, respectively. It includes a special weapon called Svartaljr: Sword of the Goddess of the Underworld. It also comes with a remastered version of Valkyrie Profile: Lenneth. The game originally came out for PlayStation Portable in 2006. It has new quality of life features such as allowing players to rewind and quick save. However, players can purchase the remaster separately for 2,750 yen which is approximately $20.

Valkryie Elysium was first announced earlier this year during a Sony State of Play presentation.