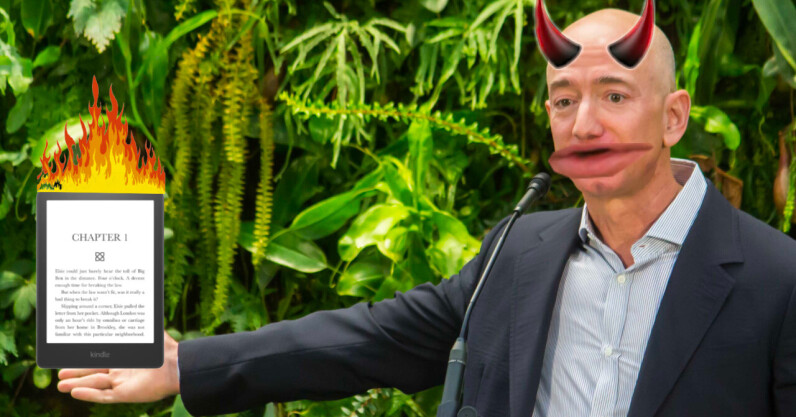 If you’ve downloaded an ebook in the past decade, it’s likely it was an EPUB file. Well, unless you bought it from Amazon of course.

For years now, the company has used its proprietary AZW format for ebooks — but now it’s opening up its doors. Kinda. A recent update of its Send To Kindle documentation (spotted first by Good E-Reader) revealed that Amazon’s ereaders will support EPUB files by “late 2022.”

Since its launch in 2007, EPUB has been poised to become the ebook format file of choice, with The Book Industry Study Group (BISG) — a US trade group that aims to streamline publishing — declaring EPUB should be the sector’s standard.

Of course, Amazon — being Amazon — ignored this.

The online retailer has generally used the aforementioned AZW format, its own version of MOBI. This is a file system created by a company called Mobipocket, which Amazon purchased back in 2005.

Now you may have a pressing question at this point: why the hell does the Amazon Kindle finally offering EPUB support matter?

Well, it’s all about consumer choice and freedom.

There are plenty of other places you can buy ebooks beyond the Kindle store. This not only includes other large retailers like Kobo and Barnes & Noble, but also purchasing them directly from publishers themselves. The latter in particular is important because, as The Verge pointed out, authors may get a bigger cut from these transactions.

Up until now, if you wanted to get a third-party ebook on an Amazon ereader, you likely had to convert it using a third-party piece of software like Calibre, before using the Send to Kindle function to get it onto your device.

While Calibre is a wonderful tool, it’s a step too far for most people. For example, I can’t imagine my parents ever downloading the software and using it to convert an ebook they bought elsewhere.

Amazon’s upcoming support of EPUB files means this step is no longer needed.

Technically, you should be able to download an ebook in the popular format and easily send it to your Kindle, all without the need for third-party conversion.

While the company has made it easier to put other company’s ebooks on Kindle devices, it’s not any easier to do the reverse.

Let me explain. Rather than supporting native EPUB files, Amazon is instead converting them to KF8 (or AZW3).

What this means is that if one day you decide to escape Amazon’s walled garden, it’s going to be tough (although not impossible) to get all your ebooks off the Kindle and onto another ereader.

But, of course, that’s what the company wants.

The Kindle is a popular device because it makes the digital reading experience so seamless. Features like Whispersync (where you can move smoothly between a digital novel and an audio one), the ease of purchasing on the Kindle Store, and being able to read across multiple devices make the service ideal for most people.

Opening up EPUB ‘support’ in this most Amazon of ways is merely sating the small percentage of Kindle power users who like to get their books from elsewhere. Effectively, Bezos’ behemoth is sliding open the door a crack to let some air in, but not letting any out.